How to Photograph Glow Worms – A Natural Treasure in Aotearoa

Taking incredible glow worm pictures in New Zealand relies on two key factors – knowing the right place to go and having a solid understanding of the techniques and settings required to effectively capture them ‘on film’.  We’ve taken the hard work out of both and are pleased to bring you the following guide.

Known for their beautiful bioluminescent shine, glow worm colonies are a must-see for everyone visiting New Zealand, but, did you know that most commercial tours won’t let you take the manual cameras and tripods required to effectively photograph them?

There is one exception though; a visit to Glowing Adventures. Set on a privately owned farm, you’ll be able to test your photography skills and get up close and personal with these beautiful creatures.

Alternatively, there are also places in New Zealand (and Australia) where you can see glow worms without the aid of a commercial tour. In these locations, our glow worm photography guide will be just as useful.

What Are Glow Worms?

The lavae of the fungus gnat, adult glow worms look much like mosquitos.  It’s the worm version (which in reality is a maggot) that visitors to New Zealand really want to see though.

Found throughout New Zealand and known in scientific circles as Arachnocampa luminosa, glow worms live in colonies and are found in damp, sheltered areas near running water.  With caves and forested banks being favourites amongst these little guys, there are plenty of opportunities to find them in Aotearoa, just as long as you know where to look.

Though Waitomo (in the Waikato) are best-known for their glow worms, these unique little creatures are found right across Aotearoa.

Did you know?  The Māori word for glow worm is titiwai which loosely translates to ‘lights reflected in water’.

Glow worms create threads of sticky silk which they then use to ensnare small midges and flying insects, much like a spider would.  Once they’ve cast out their nets, the glow worms create their own little silk hammocks and lay in wait.

If you look carefully whilst you’re in a glow worm cave system, you’ll be able to spot hundreds of these little threads hanging above you, with glow worms waiting patiently for their next meal.

Brightest during their larvae stage, glow worms glow from an organ (similar to that of a human kidney) found at their rear-end.  With a beautiful blue-green light, there’s really nothing quite like a blanket of these beauties on a cave roof.

Keen to see glow worms at their brightest and most vibrant?  Rather than sitting quietly, try making a bit of noise to bring them to life!

Having visited the more touristy Waitomo Caves on a number of occasions, we were on the hunt for a more authentic glow worm experience.

Imagine our delight then, when we stumbled across Glowing Adventures.   Struck by their incredible reviews and our ability to take photos underground – something that certainly isn’t allowed within the larger caves, we were quick to lock in a day trip from Auckland.

An easy 2.5-hour drive from home, Glowing Adventures offer a number of different start times, allowing those who do want to travel in from other parts of the country plenty of time to make the trip in a day (should you wish).

All trips start with a thorough orientation and gear-up (don’t worry, they supply practically everything you’ll need to wear) before heading deep down into their privately owned bush paradise.

Entering the caves, you’ll clamber over rock formations, squeeze through gaps and wade through streams, all in the name of good old-fashioned fun whilst on the hunt for that perfect glow worm photo.  All tracks through the caves are optional so it’s entirely up to you whether you wiggle your way through crevices on your belly or stick to your feet throughout.

With small groups (2-4 max) and a clear focus on photography, guests have plenty of opportunities to set up their shots within this unique environment.

Time underground absolutely flies by and with a few helpful hints from your guide (remembering that this tour does assume that you’ve got an idea as to how you’ll take your photos – it’s not for total beginners), you’ll have a ball and come away with some stunning shots.

Though the limestone caves, glow worms and bushwalk are all breathtaking, it really is the team at Glowing Adventures that makes this a unique experience.  With personal touches (from a family that grew up on this farm as kids), you’ll walk away feeling more like a friend than a customer.

Warm tea, plenty of biscuits and native birds will all be waiting for you when you return from your photography adventure, where the deck really does provide the perfect setting to sit and reflect on an amazing true-blue Kiwi experience.

Effectively photographing glow worms within cave systems can be challenging work.  Worthwhile and exciting, sure, but challenging all the same.

With a few key tips and tricks though, a lot of the guesswork can be taken out of the equation.

1. Take Your Manual Camera & Set It Up Correctly

The type of camera doesn’t specifically matter as long as you have full manual control over its settings.  The two friends that I shot with used full DSLRs whilst I used my mirrorless Fuji.

If you’re on the hunt for a new camera, I totally recommend a mirrorless option.  I got rid of my DSLR a few years back as it was just so bulky – and I don’t miss it for a moment!  Though I adore my Fuji, this mirrorless camera review may also help you to make a great buying decision.

You will need to be able to set the ISO, focus and shutter speed manually (and I recommend ensuring that you’re familiar with your camera before venturing underground as it’s that much harder in the dark).

We suggest using the following settings as a starting point:

An absolute bottom-line requirement, you’ll need a good quality tripod.  Bonus points if it packs down nice and small so you can easily move through the bush and in and out of small spaces inside the cave.

Due to the low-light conditions and uneven ground underfoot, you really can’t rely on holding the camera by hand or placing it on a rock.

Beg, borrow or steal (well, maybe not the last one!) to track a tripod down if you don’t have one to hand.

To pick up the details within the cave, it’s important to have a subtle amount of light.  Without it, you’ll capture the beautiful aqua sparkles but nothing else.

You’ll want to set yourself up either near a small amount of natural light (and I do mean small) or introduce an artificial light-source.  The Glowing team explained to us that others have had luck using a torch covered by a sock, so that would be a useful bit of kit to throw in your backpack.

4. Scout Out Points of Interest (or introduce your own)

Lights reflecting off flowing water, interesting cave features and towering stalactites and stalagmites can all help make your photos even more appealing.

Alternatively, play around with lighting to silhouette a model and add a touch of personality to your photo.

Pro Tip: On your Glowing Adventures tour you’ll have plenty of time to find great spots.  If one isn’t working for you, don’t be afraid to move on though – time will race by before you know it.

Practically all professional photos will have been tweaked in post-production so there’s no reason why you shouldn’t do the same.

If you’re brand new to editing, this introduction to easy editing will help you on your way.

If you’re more experienced, I love the Lightroom app on my phone and Affinity on my computer (which is basically a more affordable alternative to Photoshop).

Whatever you decide to use though, have a play and see what works best for you.

Taking photos of glow worms is challenging but rewarding and really, is there a better place to immerse yourself than deep in a glow worm cave in New Zealand?

Travellers to Aotearoa often remark on our renowned Kiwi hospitality and the team at Glowing Adventures really are the epitome of what this means – this is the perfect spot to further your skills whilst taking in a local perspective.

Be sure to book a visit to the Glowing farm when you next hit the Waikato!

Join 32,000 members in our free Facebook group to plan your Adventure in Aotearoa

Thank you to Glowing Adventures for hosting us through Exploring Kiwis for the purpose of this review – should you prefer, they also offer two more traditional glow worm tours.  All thoughts are our own. 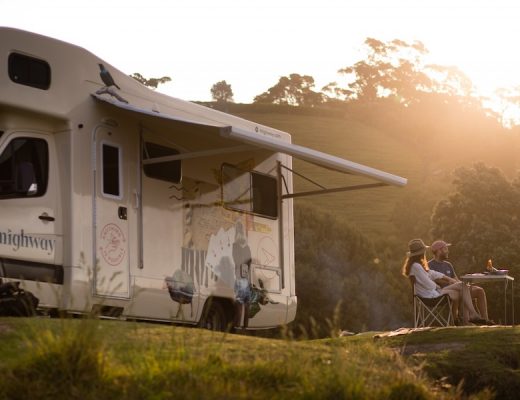 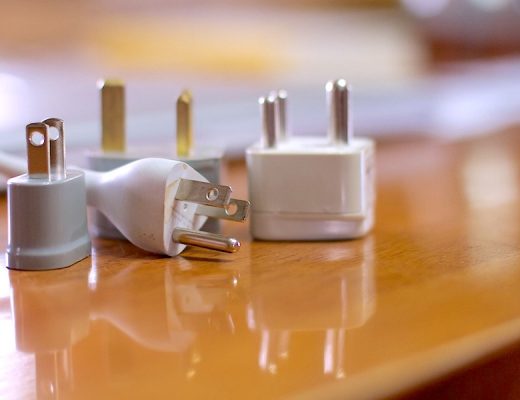 NZ Power Plugs – Will My Devices Work in New Zealand? 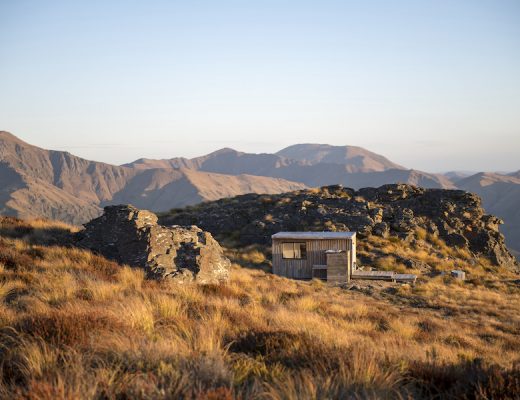 Off the Beaten Track Promo Code